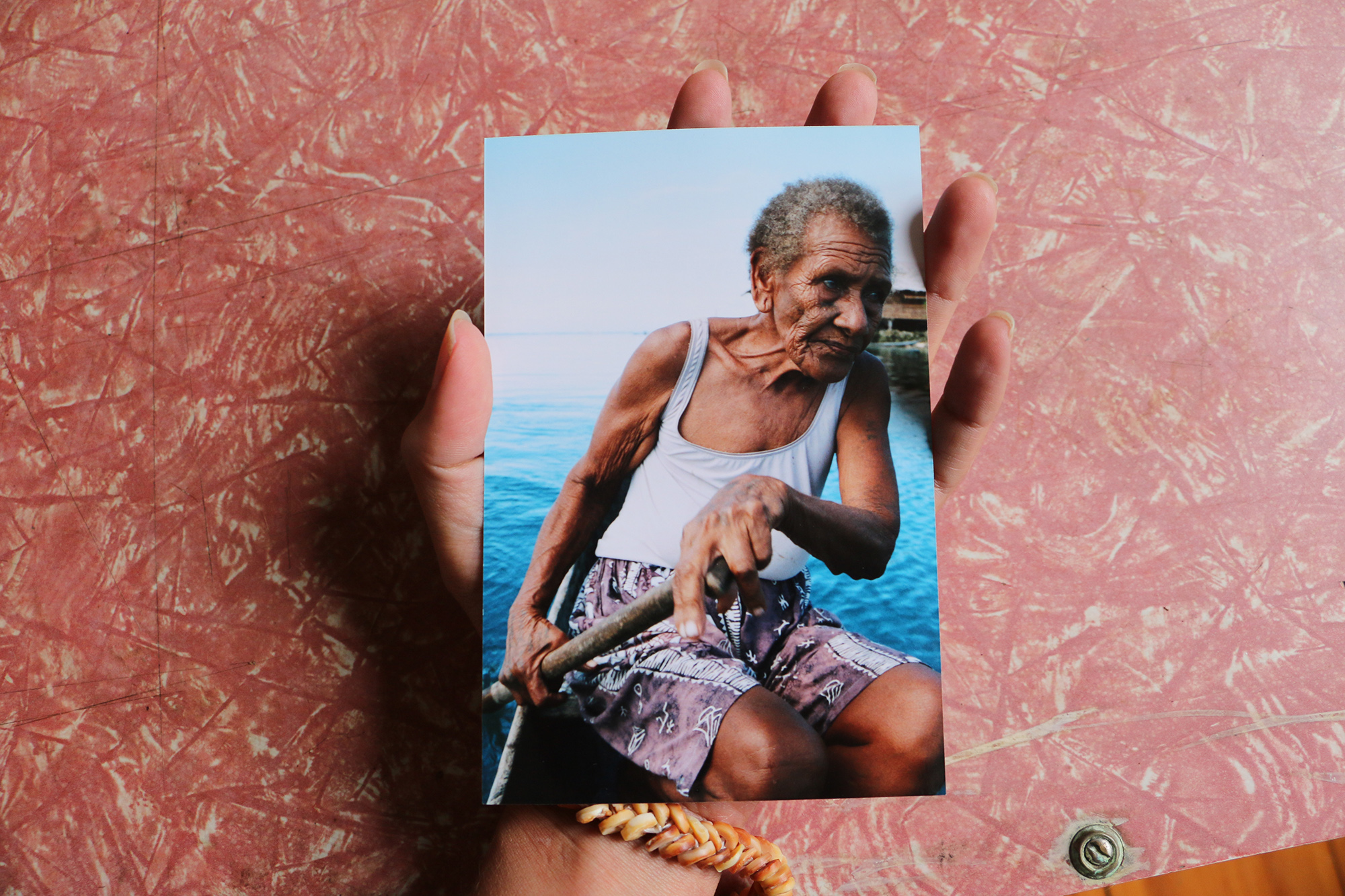 ‘Aeasi: As far as the eye can see above the sea’ – a Solo Exhibition by Amie Batalibasi

ʻAeasi: as far as the eye can see above the sea’ is a retrospective exhibition of works by Australian Solomon Islander (Feralimae/ Kosi) filmmaker Amie Batalibasi and a glimpse at new works in development.

Through photography, video art, documentary and film, as well as 360 virtual reality video, the exhibition exists as an exploration of the artistʼs relationship to the sea and storytelling, how the two are inextricably linked as the basis of an artistic practice.

“There is no direct translation of the word ‘horizon’ in my language but ‘aeasi’, means: as far as the eye can see above the sea. I see the sea as a living body; a keeper of ancestral spirits and memories; the past and the future, a map for travel; and at the same time, something that remains an ominous threat to my Pacific community due to climate change.”

This exhibition is a collection of moments, connections, conversations, stories: images, sights, sounds and immersive experiences from the artistʼs island home in the Solomon Islands; an interpretation of the artists’ journey through researching and developing the feature film BLACKBIRD- a narrative about Australia’s blackbirding history; a look at the past through various video works; and an exploration through the lens of the future – a glimpse beyond the point that is far as the eye can see above the sea.

“I grew up and reside here in Australia but as someone whose ancestry lies with the saltwater people of the Langalanga lagoon in the Solomon Islands, I can never deny the affect of the sea on my identity and my work.”

‘Aeasi (as far as the eye can see above the sea)’ presents audiences with multi-layered narratives and experiences linked by storytelling works past, present and future connected by the place at the end of the sea – aeasi.

The exhibition is independently produced in collaboration with Colour Box Studio. 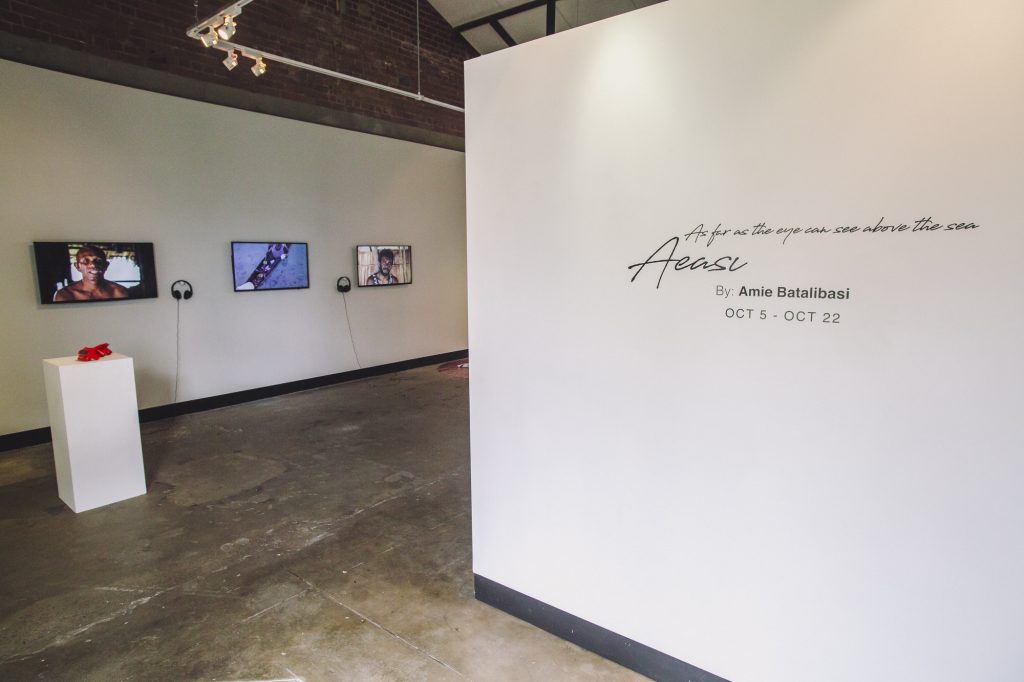 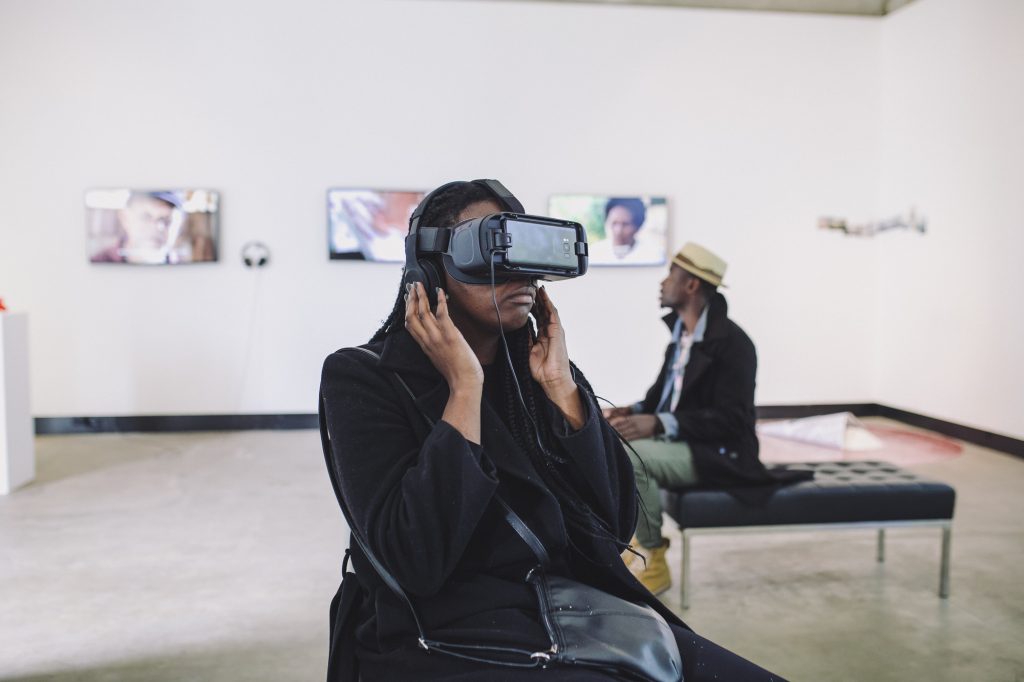 Her creative practice is driven by a passion to collaborate with diverse people and communities at a grassroots level, to unearth stories that have the possibility to spark empowerment and create change.

As mentor and media trainer, Batalibasi has produced dozens of short films by first-time filmmakers through collaborative community projects with Indigenous and culturally diverse communities around Australia and in the Solomon Islands.

With a background in photography and documentary filmmaking, Amie completed a Master of Film and Television (Narrative) at the Melbourne University Victorian College of the Arts, graduating with honours in 2015.