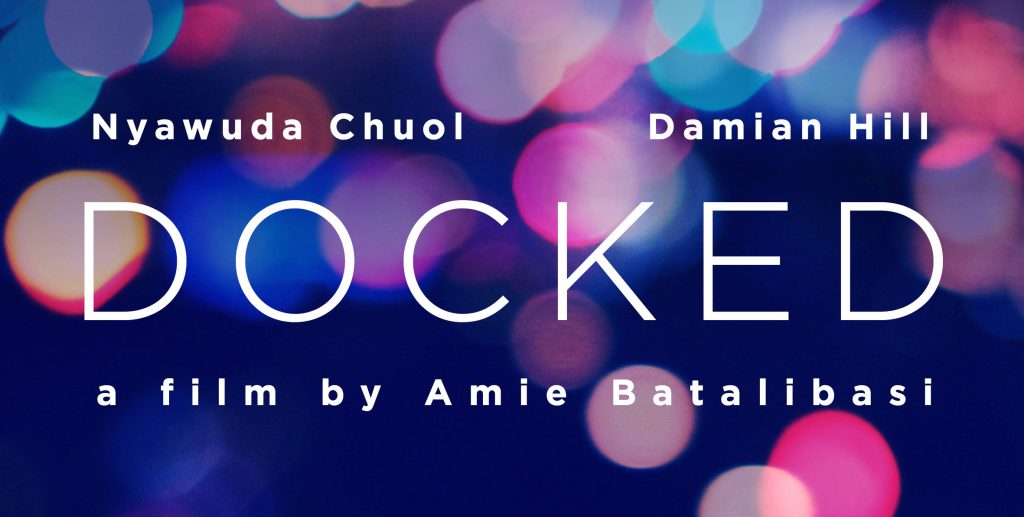 DOCKED explores the notion that feeling lost can be a universal melancholy with the potential to bring two strangers together.

The Age: “… Amie Batalibasi’s Docked (3 and a ½ stars, 15+, 20 minutes), a nocturnal black and white sojourn through the corners of inner-city Melbourne shared by a South Sudanese-born bartender, Chubath (Nyawuda Chuol), and a despairing customer, Dale (Damian Hill). Happenstance and the conciliatory comfort of strangers allow for moments of accommodation, which Batalibasi threads with spiky charm.”

ArtsHub review: “Docked is a small film that glows quietly with poignancy and power, not least due to the performances of the two leads.”

The film follows Chubath, a young South Sudanese aspiring actress works late nights at a bar and meets an older guy, Dale, who is at a crisis point in his life. They spend the night walking around together in this story about two people from different worlds who find an unlikely connection, one night in Melbourne. 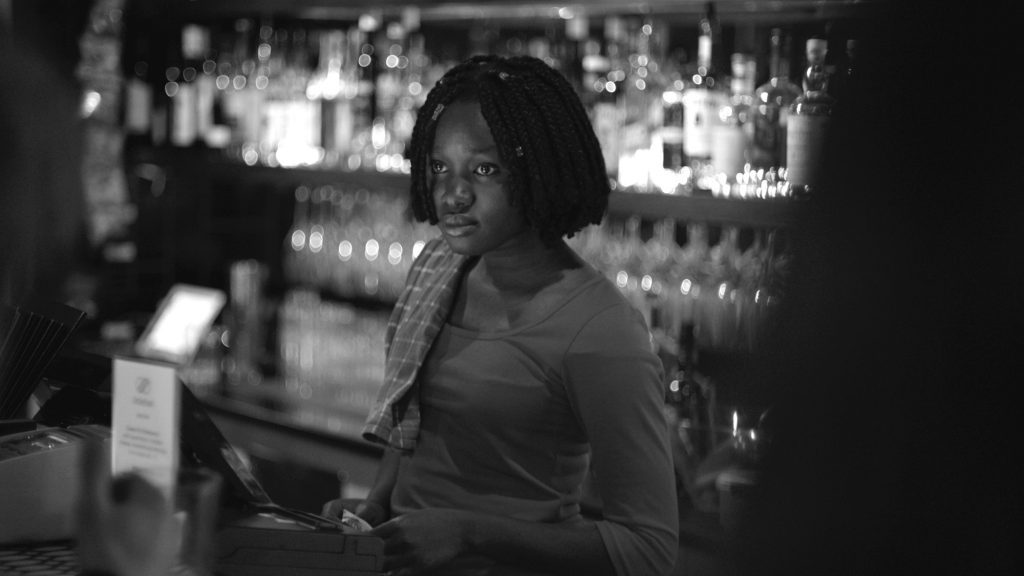 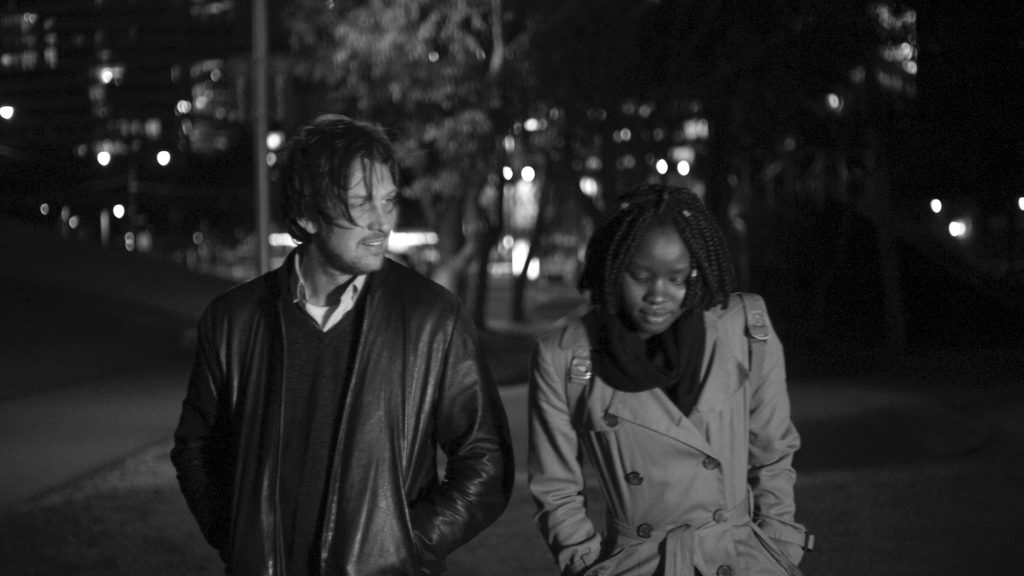 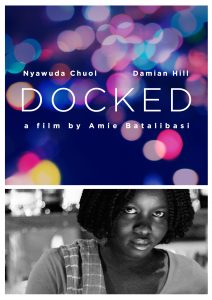 It was important to me that this film centre around a woman of colour because our Australian screens are lacking this representation. South Sudanese actress Nyawuda Chuol very much inspired the character Chubath. They share some of the same dilemmas.

Race and representation is something we talked about before writing the script. I wanted to have a character on screen who wasn’t entirely defined by her race or her refugee background, but dealing with a universal struggle – finding your place. I wanted to pair her with someone unlikely, and have two characters on screen together in a way that I haven’t seen before. And instead of an intense love story, a tragedy or a fleeting interaction, I wanted to portray people from different worlds who spend meaningful time together and affect each other through conversation and the exchange of ideas and experiences.

The area in Melbourne called Docklands is very cinematic – it’s right in the heart of the city yet sometimes it can feel like an abandoned city. It was the perfect place to juxtapose these two characters who feel lost in the world. The location itself reflects where they’re at in life.

I wanted to evoke the night through the black and white cinematography. And this form assists to hone in on the two characters alone in the urban landscape.

Much like the mumblecore films of the 90s, the intention with DOCKED was to focus on the relationship and the conversation – in a filmmaking process that was striped back to the bare essentials. And in addition to that, I wanted to combine dynamic locations and diverse casting to push the storytelling into a place little explored in Australian cinema. 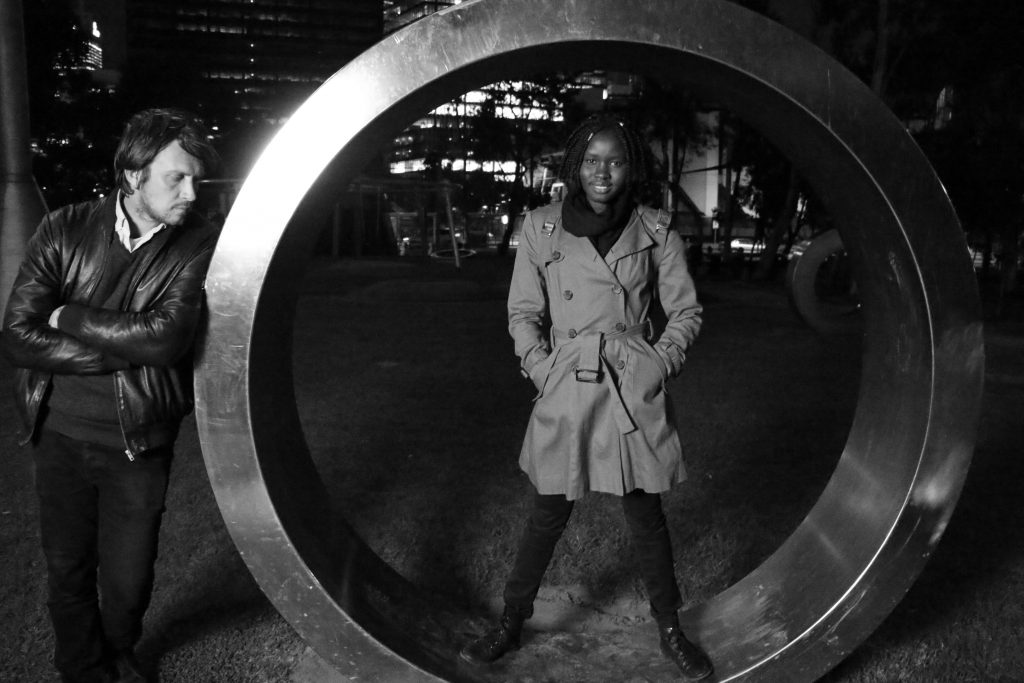 The film is an independent micro-budget short and the first narrative film to be produced via Amie Batalibasi’s Colour Box Studio – a creative hub for artists. DOCKED was shot over two nights around Docklands and Footscray in Melbourne. Littlefoot Bar in Footscray provided one of the film’s locations for the bar scenes. 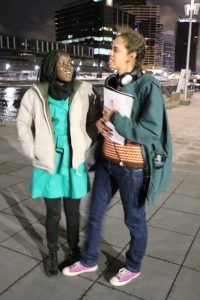